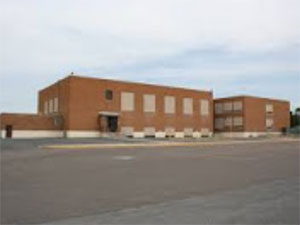 Alameda Junior High opened in 1953 in response to the skyrocketing school enrollment experienced in the late 1940s because of the World War II defense activities taking place in town. Land had been acquired at that time along with property for Greenacres Elementary and Lewis & Clark Elementary. Upon its completion, Alameda became the city's third junior high school during the 1952-53 school year. The mid-year completion of the school meant students had to be temporarily housed at Pocatello High School.

In 2002, when 9th graders were moved from the junior high schools to the high schools, Pocatello dropped from four junior high schools to three, as Alameda Junior High was converted to Alameda Center to house the alternative education programs. However, overcrowding at the elementary schools several years later prompted the district to acquire another property for the alternative programs—a lumber yard building that had stood vacant for years—and to restore Alameda as a middle school in the community, starting with the 2013-14 school year.