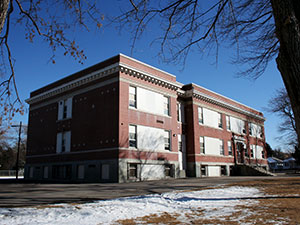 Built in 1919, Washington Elementary School is one the district's oldest schools in operation. The handsome building, constructed in the traditional two-story design of the time, stands on the corner of 10th and Lewis, serving students in the University area.