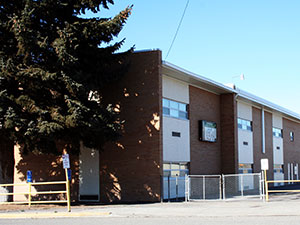 In the early 1960s, overcrowding and projected growth rates prompted a major bond issue: funds for the construction of a second high school, a new elementary school (Syringa), and various additions to other schools. The issue was intensely campaigned, hotly debated, and the topic of many meetings. Finally, the first vote arrived on March 28, 1961. It failed by a narrow margin. While gearing up for a second attempt, the district was delighted with new legislation that allowed a greater amount to be requested. Additional plans were made, and the amount of the bond issue increased to $2,140,000. In the meantime, much support had been gathered, and the second attempt on October 24, 1961, easily passed.

Syringa Elementary School could now undergo construction. The 16-room school, built in the Fairground Addition, would serve students in the rapidly growing North Pocatello area. Since then, additions have made to increase the size of the school. Syringa students enjoy a large playground area thanks to the additional bond money that allowed the district to buy more land for the school than originally intended.