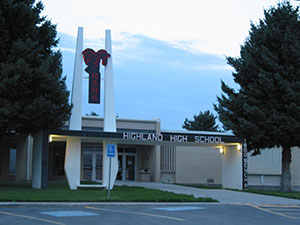 Opened in the fall of 1963, Highland High School sits on Pocatello's east bench. The original multi-building design, which had been implemented successfully in California, proved a problem for Idaho's winters. Over the years, additions and renovations have enclosed the building.