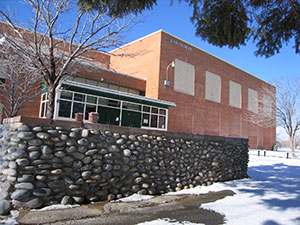 Hawthorne opened in September 1957 as a combined junior high/elementary school to serve students living in the North Pocatello area. By 1973, the elementary school established its own name, and two years later, received its own building at another site. The junior high took over the vacated portion of the old building.