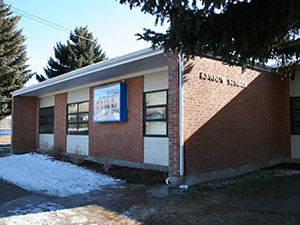 The naming of Edahow Elementary School is rooted in local Indian folklore and means "light on the mountain." One such legend identifies the final resting place of Princess Edahow as the eerie ice mass found in the Shoshone Ice Caves, north of Twin Falls. The naming of Edahow was felt to be in keeping with the district's tradition of naming schools after historical characters and events in Idaho history.

In a variation of the interpretation of its name, Edahow has adopted the identity "Gem of the Mountains." Opened in 1965, this neighborhood elementary school serves students living on the southern side of the Highland hill. Serving the northern side of Highland is Gate City Elementary School, opened in 1982.